I wasn't feeling very good going into the game. The third game in four nights, and being sore from a lack of sleep doesn't hint at a successful game. What made the decision for me heading into the game is a lack of skaters, and playoff hopes on the line.

I was thrilled to be playing with my Defensive partner because when we do play together, we think very similarly. We compliment each other's game well and we always try to communicate.

Right off the bat I felt tight. I couldn't get going and the team was flat. Usually getting some emotion in the game helps me out with that, and I like to do that with speed and aggression. Against this team, I can be as aggressive as I want as I'm faster than any guy they have - when I'm healthy.

The problem though is that despite being faster, there is a chance I can read the play wrong, or get beat. There are certain guys who once I get beat, I cannot catch up to.  That's where I like my partner in these games. He allows me to be that aggressive player and push forward. I think all things considered I was too aggressive last night.

I was not playing my position because I felt I was being lazy. In my mind, if I'm not working hard, and getting a good sweat, I'm being lazy. I didn't have that good sweat and heartbeat going because it was slower than what I'm accustomed to.

I do feel I played smart though, especially in the second and third periods. Because our team was exhausted, I made sure to lift the puck high and get it on the glass a lot to get it out of the zone. It worked out a lot - except for one time at the end, but more on that later. The Coyotes came out so flat footed that we had no offensive chances in the first 10 minutes. The first rubber that the opposing goalie saw was from me when I flipped it into the zone as high as I could on net. I had a few chances where I would actually join the rush, trying to get some scoring chances because I had way more momentum than the forward.

I read the Bulldog break out extremely well, picking off probably five or six passes over the night, but I got burned just as many because I would miss  the puck or something. It generated a lot of chances, and allowed me to help keep the puck in their zone.

At one point I was chasing down a puck in my zone, with plenty of time. I skated forward, mishandled, but didn't know. A bulldog knocked it into the corner, and I was very nervous about it because I hate it when I mess up and a scoring chance happens because of it. I turned, saw the situation with him along the boards, and it was a bigger guy. I wanted to pin him against the boards because I was probably more agile than him and could get control of the puck before him. I did just that, and probably a little rougher than I should have been. I heard the official yell "Play the puck." I immediately stopped, and started putting the puck on the wall. We battled for a good three seconds, but then I was able to lift it out of the zone. He wasn't happy and gave me a small slash on the skates after that. I ignored it.

I also carried the puck in front of the goalie again. This time though it was 5-8 feet outside of the crease, but still unacceptable. I realised it, and just iced it. I didn't care  because it was one of those things where you realize you're making a mistake, now how do you correct it?

We were up 3-2 in the final few minutes of the game. with about 90 seconds left, I had the puck in the neutral zone, with no clear pass. My thought was to dump it and play conservative. I flipped it into the air, and a guy was able to jump up and bat it down. No one was prepared for it because it was well above his head. Luckily no chance was generated from that.

We won the game 3-2, with 10 skaters - a number I like, but short for the Coyotes. I was +2, with a few shots, and helped generate a lot of offense. I made too many aggressive mistakes and didn't play positional hockey.

Pictures from Coyotes vs. Bulldogs 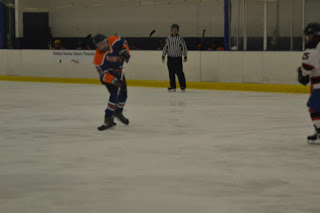 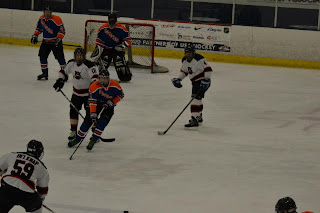 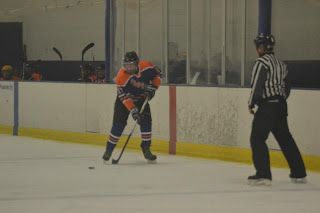 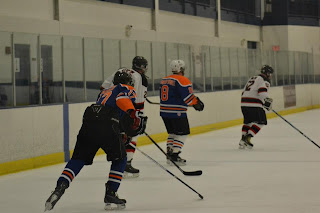 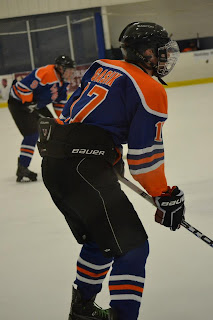 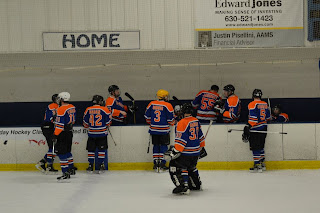 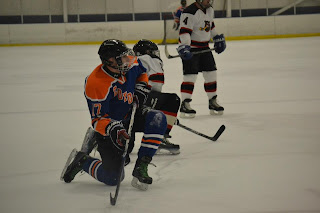 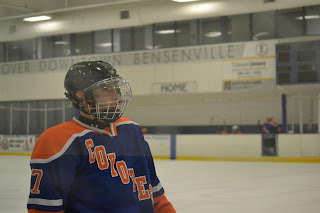 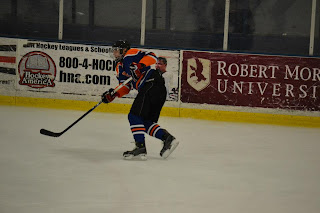 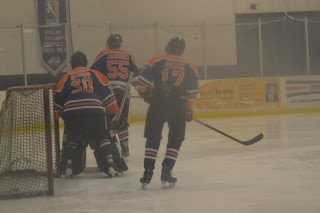 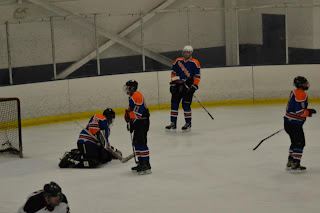 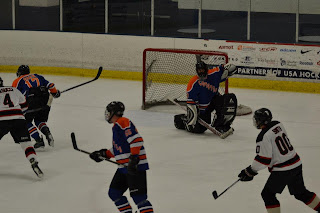 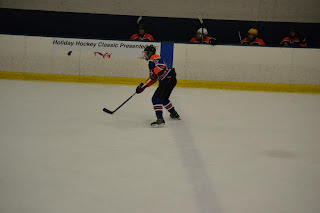 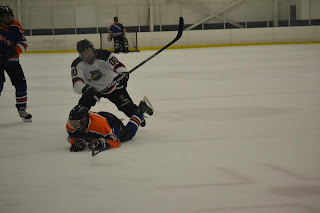 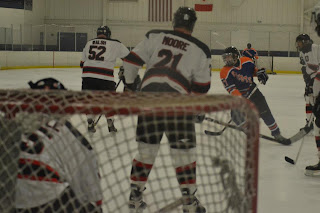 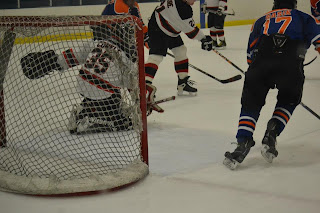 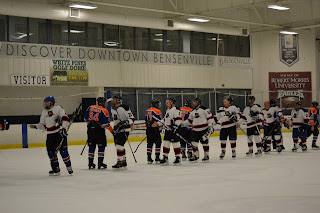 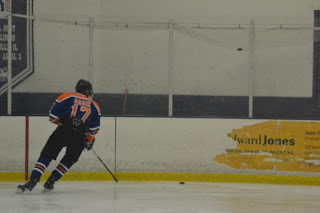 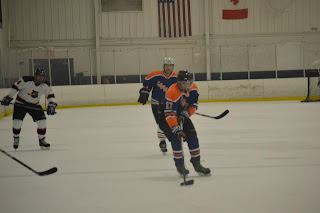 Posted by Larry Gasik at 6:26 PM No comments:

All night, I had an issue with my skating. I was very cold, and uncomfortable on my skates. It showed. I couldn't make a tight turn without falling or losing stability. I lead to a couple of dropped pucks falls face first into the wall.

This game was rough. The two teams are not very fond of each other. I feel I skate better in those scenarios because my head is up and I'm in a more intense state mentally.

On the PK, I could recognize that the opposing d-men were quite lazy. I'm not sure if they were tired, or just had a long shift. A d-man dumped the puck into their zone, and the goalie came out and played it. I had momementum, so I went in full blast, knowing that the other forward on the PK could handle it if I got burned. The goalie made a crappy pass to the defensemen who was lazy picking it up. I was able to knock it away from him, scramble and gain possession. As soon as I gained possession, I saw my center going in. I blindly backhanded it towards the net and then went back to play defense, and let him take care of the forecheck. But he was able to get my rebound and put it in. Our hard work and their laziness lead to that goal.

I was covering for the defenseman who pinched when the puck came out and went right through my legs. A Chaos player picked it up and was on a break away. I skated as hard as I could, but I had no power in my right leg. I kept trying to tap his stick to throw him off but it didn't work. I would dive out to take away as many options as I could, thinking if I looked for a trailer, I wouldn't be able to properly pick him up. I tapped the puck away, taking away the initial chance. He turned, and tried to pass it into the slot but it hit my stick. I tried to handle the puck with my shaft, but he was able to get it past me, and to the other forward and a goal was scored. I feel I did all I could without just sitting at home playing conservative.

At somepoint, I was paired with a different winger. While cycling, I saw him in the left corner, while I was  in the left circle. I passed him the puck and skated across to the slot. He made an amazing pass, and the goalie was lost. I had all of the net and as able to bury it. Too bad the game was already over at that point.

I had a few good scoring chances, a couple of scrambles and lots of effort. Positionally I liked my game. statistically I loved it. Realistically, I didn't skate well. But I'm happy with the results.
Posted by Larry Gasik at 10:00 PM No comments: