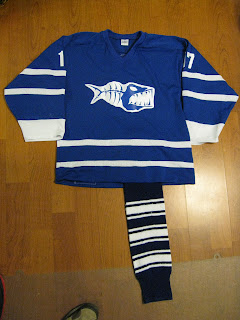 The Winter season is less than a week away, and I'm feeling more prepared for this season than I have in the past. A big part is that I am taking a load I know I can handle. I feel that in the past, I may have taken on a bit too much. Last year, I played for the Goaldiggers, Piranhas, and subbed on the Coyotes.  In December and February, I was really hurting. I was not letting myself get enough rest. This year I will be playing on two teams - the Piranhas and the Coyotes.
The decision to leave the Goaldiggers has been one that I spent over a year thinking about. I like the guys in the locker room, and they were my first team. I learned a lot playing with them but I ultimately did not belong in that league. I appreciate them taking a player on who had no experience playing ice hockey, but as the team has gotten better I have become frustrated with myself in my lack of contributions. Additionally, both the Piranhas and Coyotes are much lower in terms of skill. They both are part of HNA and as a result, scheduling conflicts are a lot less likely. 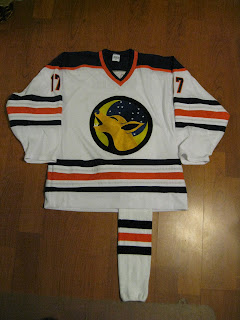 Last year, I believe I played in five games for the Coyotes. I have gone to many of their practices, and worked with their goalie a lot. The decision to play with the Coyotes full time allows me to play at a lower level of players, along with close friends. The team is relaxed, and ultimately fun to be on and around. There are only two other teams in the same division as the Coyotes, and I feel that those two teams are beatable every night. I will be playing defense for the Coyotes as well, giving me a bit more responsibility in the break out.  The Coyote season really excites me because I feel I've never had gotten to develop chemistry with any of the players on the team in game situations. I never learned players tendencies or preferences. I've spent some significant time in the past month or so on skills that benefit defense men directly. Things such as skating backwards with control, putting the puck on the glass high and hard, and transitions do not seem as shaky or even impossible anymore. The Coyotes have no reason to not be optimistic about having a good season, and going to Toronto this year. 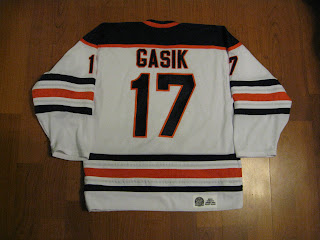 Last season was mostly a positive one for the Piranhas. After we were correctly tiered, we went somewhere around 10-5.  We would make the playoffs, and then win the championship for the division.
It felt good to win a championship like that. It was my first championship anything - basketball, hockey, etc. I never did a lot of sports, but a few years playing inline hockey, and then when the Goaldiggers started, we lost our first 12 games or something. 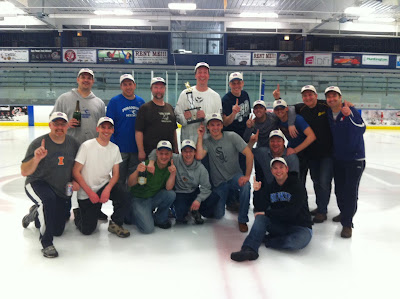 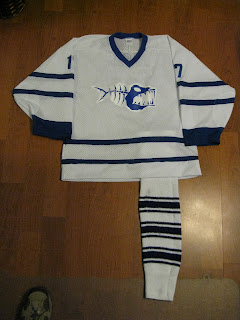 The summer wasn't as friendly for the Piranhas. Attendance issues, merged tiers, and a few bad bounces would lead the team to be 3-7.There was very little turnover from last winter to this winter. We have a new goalie, and a new skater who is very talented but rusty. I will still be playing wing for the Piranhas, but perhaps some center at times as I took the middle of the ice quite a bit in the summer. I really enjoyed the position, but I do need to get more familiar with it. As a wing, I feel that I can be one of the stronger players. I don't score goals very often, but I do feel myself making an impact out there. Defensively I feel I'm one of the stronger wingers. I disrupt the opponents break outs, and kill penalties fairly well. I'm getting better at reading plays and picking off passes. I have enough speed to back check and get into the play as well.  For the Piranhas to be successful in this new tier, players will need to step up their game. I will need to improve my skating, stick handling and positioning. I will work on these things throughout the season, but I do believe that this team can compete in the higher division with the right attitude and commitment from the entire team. 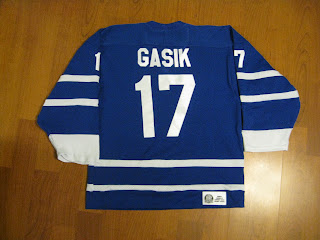 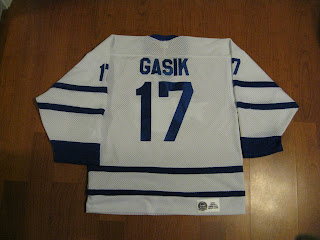